We all know that gaming laptops need to be powerful enough to play your favorite games without lag. Added to that, it has to be lightweight so that you can easily bring a long during the day. It’s great that you have a laptop that is suitable for either work or play. However, with less than $1000, there are not so many options to go. In this article, we’ll get you covered with top 10 best gaming laptops under $1000 you can buy just now. We hope you enjoy the list.

While the desktop remains supreme among many PC gamers, sometimes you just need something a bit more portable. A gaming laptop is a rig on the go, with the power to play games in a size you can take with you.

What GPU do you need?

What other specs should I look for?

While the GPU is important, you’ll also want to be on the lookout for a good CPU, enough RAM and lots of storage space.

What should I look for in a display?

Displays are often overlooked but are hugely important. If you’re not connecting a laptop to a monitor, the built-in screen will be how you see all of your games.

What should I look for in a keyboard?

If you get an entry-level gaming keyboard, you’re going to get chiclet keys with LED backlighting. But there’s so much more to consider:

What do specific brands offer?

Each gaming laptop brand has a bit of special sauce. Some have specific hardware designs that stand out while others focus on custom software.

Here are a few to note:

Alienware (Dell) – Alienware has jumped on the RGB train as of late, with 13 programmable lighting zones on the Alienware 17 R5. The Alienware Command Center software brings all of your games together in a single library and allows for keyboard macros and one-click overclocking.

Asus – Asus’s Republic of Gamers brand has some slick designs, including the innovative Zephyrus. Its ROG Gaming Center software shares device information including temperature, storage and RAM usage, while the Aura Core program allows you to customize RGB backlighting.

Acer – Acer is known for having affordable hardware, though it has wowed us with innovation like its ridiculous Predator 21X featuring a curved display and mechanical keyboard. The PredatorSense app lets you monitor your CPU and GPU usage and customize fan speeds.

HP – HP’s Omen lineup has a classier design as of late, but maintains a gamer aesthetic. Its app is the Omen Command Center, which details GPU and CPU use, RAM utilization and a network booster that lets you prioritize bandwidth.

Gigabyte & Aorus – Gigabyte and its sub-brand, Aorus, offer some variety. Gigabytes tend to be lower-end with more color options, while the Aorus models are sleek and thin. Whichever one you go with, you’ll get Fusion software for RGB customization. Aorus machines have Command and Control for easy overclocking.

Lenovo – Lenovo’s gaming lineup is called Legion, and has been recently redesigned to be more minimalist. Rather than creating new software, the company altered its Vantage app to focus on CPU, GPU, RAM and HDD info, as well as a button to boost fan speeds.

MSI – MSI’s gaming laptops are often big, black and red, though the company’s recent Stealth Thin showed it can do something more subdued as well. Of course, you’ll always notice the trademark dragon logo. MSI includes its Dragon Center software, which recently went through a redesign. It allows for system monitoring, multiple performance profiles, controlling the fans and customizing keyboard backlighting.

OriginPC – If you’re getting an Origin, it’s probably because you want customization options. The company offers a wide variety of paint jobs and skins and lets you choose from an array of different processors, GPUs and overclocking options. You can also get thermal compounds to keep things cool and you can even pick the exact RAM and storage you want.

Razer – Did someone say Chroma? Razer’s design is some of the best in the business, and it’s known for its RGB lighting. Razer Synapse lets you record macros and set lighting on both laptops and accessories.

Samsung – Samsung’s Odyssey lineup of gaming notebooks has proven to be overpriced with a look that feels like it came out of a Fisher Price box. Like its competitors, Samsung’s Odyssey Control Center shows performance statistics like CPU and GPU usage.

How About Battery Life?

The short answer is not to count on your gaming notebook being super portable.

If you’re using your laptop to play games, you need to keep your laptop plugged in to get the full performance out of your GPU. And if you don’t, you’ll be lucky if your laptop lasts an hour gaming. In our testing experience, most gaming laptops last only a few hours on a charge when performing other tasks, but never as long as ultraportables without discrete GPUs. If you need something to last 8 hours while you work, it won’t be a gaming notebook.

Some do last long, but that’s often at the expense of the display, and you don’t want to play all your games on a dark, dim or inaccurate screen.

When buying a gaming notebook, get one that will last you for a few years. If you can afford it, get at least an Nvidia GeForce GTX 1060 for basic VR support. That choice is more important than RAM and the CPU, though you should pay attention to those as well. Storage is the most likely to be upgradeable, but more is better, as games take up a lot of space. Decide if you prefer high resolutions or faster displays and consider what software will be helpful to you, but realize that you won’t get great battery life. How all of those work together determines just how well a gaming notebook does on the Tom’s Hardware test bench.

Related Articles
We will be happy to hear your thoughts

Deal of the day 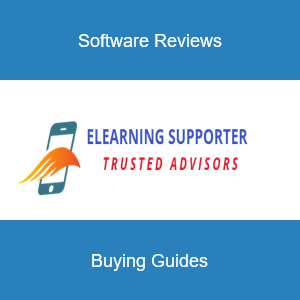 Most Viewed Categories
About Jacky’s Deals
We help you save your money with our exclusive software coupon codes, special deals for tech products and many things more. We promise to offer you valid deals, 100% verified coupon codes only. Thanks very much for your support!
More Resources
Most Trusted Products